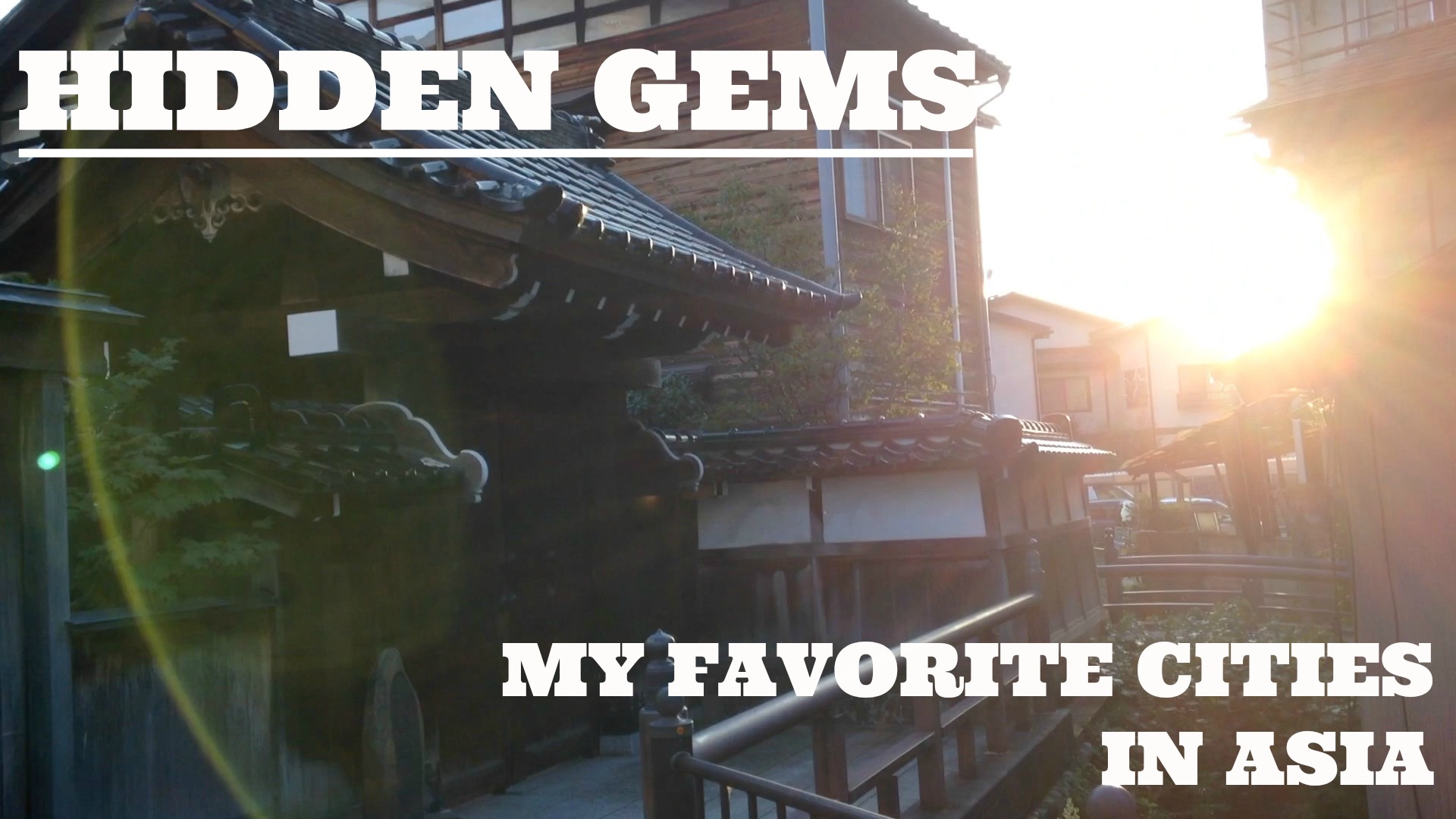 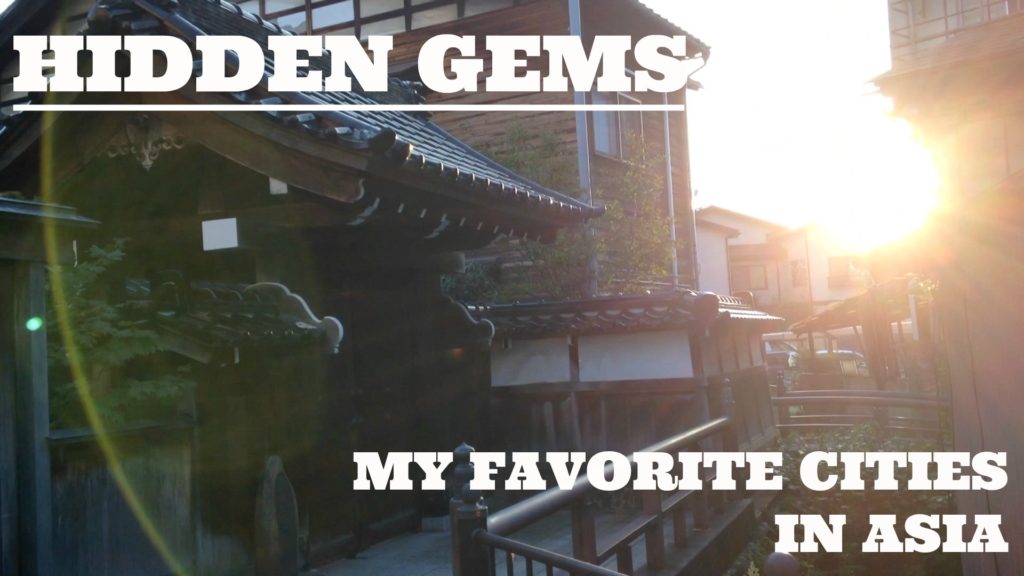 When people think of Asian cities, they usually think of the giants; Tokyo, Bangkok, Seoul, Shanghai. Visions of a Bladerunneresque metropolis usually go through their head when imagining life in Asia.

I like Asian megacities. I’ve lived in Seoul, and I’ve spent time in Tokyo, Singapore and Bangkok. They’re fun. Really fun. And, especially if you’re young, I highly recommend checking them out.

But they’re not really representative of the countries they’re in. This is especially true if, like most people, you just spend time in the touristy areas. An example of this would be spending a week in Shibuya and leaving under the impression that the rest of Japan is similar. That would be like spending a week in Times Square and thinking it represented all of America.

And if you’re travelling to or planning to live in Asia, they’re also not your only option. You just need to know where to look when looking for alternatives.

So with that said, I figured I’d share a bit of knowledge and hopefully inspire you to branch out on your travels. The following are 3 of my favourite cities in Asia so far. Hopefully this inspires you on your next a

I love Thailand. I love everything about Thailand. The food. The weather. The people.

But let’s be real, me telling you that I love Thailand is a little like saying I love chocolate. Everyone loves chocolate, and almost everyone I’ve talked to who’s been to Thailand LOVES Thailand.

So it’s no great surprise that when you head over there, you’re not the only foreigner around. There’s even parts of Thailand where the farang outnumber the Thais.

Which is a good thing and a bad thing. Thailand has become something of a hub for some interesting people over the years. It draws in a wide collection of backpackers, foodies, entrepreneurs, surfers, and martial arts enthusiasts. The flip side is it also draws a lot of assholes- criminals, sexpats and burnouts litter places like Pattaya.

One you get outside of places like Bangkok and Phuket, you’ll find that the number of foreigners starts to shrink, and in my opinion, you start to discover the “real” Thailand.

And one of my favourite places I’ve discovered is Ubon Ratchathani, located in the northeast of Thailand near the boarder with Lao. Ubon itself has a population of about 100,000 people, but a quick drive to the outskirts reveals a city surrounded by rivers, mountains and farmland.

I’ve been to Ubon twice now. The first time I went there in 2013 I spent time in a small village outside of town, and the second time I spent a week in the city centre. Not only was it one of my favourite places to visit, but I honestly think if I were to live anywhere in Thailand, this would be the place.

As far as how it stacks up to the rest of the country, Ubon has a few advantages. For starters, it’s cheaper than the rest of Thailand (if that’s even possible). It has its own unique cuisine that’s been influenced by the surrounding countries of Laos and Cambodia.

It’s also a fascinating place culturally. Ubon itself is located in the region known as Isaan (the northeast of Thailand). Historically impoverished, the last two decades have brought about massive change and social upheaval within Thai society.

Isaan is at the forefront of this change. Income per capita has risen dramatically. The result is that Ubon has developed in a huge way while still maintaining the charm of a village. Restaurants, cafes, bars and clubs have all popped up around the city, but it hasn’t become so popular that huge Western franchises have started to spring up everywhere (I’ve been told that this is becoming an issue in Chiang Mai).

But the biggest thing that keeps drawing me back to Ubon are the people. The Thais from Isaan have a reputation for being the most friendly, laid back, down to earth people in the country.

The only downside to the city for travellers is accessibility. There are lot of cheap domestic flights that run from Bangkok to Ubon, but you’re not going to find any international flights.

It was pretty cool riding a train that was built in the 1930’s, but it’s one of those things I only really want to do once.

Either way, it’s worth checking out out.

This one doesn’t quite fit the bill of a “hidden” gem. Busan is the second biggest city in Korea, but I’ve included it on this list because a lot of people either haven’t even heard of it or they overlook it in favour of Seoul.

I lived in Seoul back in 2011 and 2012. It was a good time, and as the first place I ever lived abroad, I don’t regret it. But honestly, if I had to do it over again, I’d choose Busan in a heartbeat.

What makes Busan amazing is that it’s one of the few cities in Asia that truly is the best of both worlds. Not only does it have everything you would expect from a huge Asian city, but it does it WELL. Nightlife? Check. International food? Check. Efficient public transportation? Check.

But what’s cool about Busan is that it does all of the things you’d expect from the second largest city in the country, while still retaining a certain small town charm. It somehow doesn’t feel like you’re in a massive city (even though you are).

One of the reasons for this is the fact that Busan has done what very few huge cities have managed to do- integrate itself with nature.

The city itself is sandwiched between mountains and ocean. You have access to Haeundae and Gwangali beach. There are an abundance of beautiful parks to check out. The city also has quite a few historical sites, including Haedong Yonggungsa temple.

And it’s really accessible. It’s got its own major international airport, and the KTX train to and from Seoul is only two and a half hours. Also, if you’re feeling particularly adventurous, there’s a ferry connection Busan to Fukuoka, Japan. I’ve never tried it, but it’s on my to do list.

I’ve saved the best for last. Kanazawa is somewhere I’ve lived for 3 years, so I have a lot to say on it.

When it comes to hidden gems, Kanazawa is literally THE hidden gem of Japan. All the Japanese people know about it and flock here on vacation during cherry blossom season and summer.
The thing is, most of the tourism to Kanazawa has been Japanese. Most foreign tourists don’t know it exists, so today’s your lucky day, so consider this me letting you in on a little secret.

Kanazawa’s a pretty unique place. A lot of it has to do with its history, both recent and not-so-recent. The city was the seat of the powerful Maeda clan, and was a major player in Edo Japan. The clan was known to have poured an enormous amount of resources into developing art and culture. By the time the American attack on Japan in World War II began, it was so significant culturally that it was one of the few that was taken off the air-raid list (along with Kyoto and Nara).

The result is a present day city that, like anywhere else in Japan, is modern, clean and first world, while at the same time retaining its history in a physical, tangible way.

Kanazawa is mind blowing in its beauty. The old, preserved roads from the turn of the century wind through mountains and hills with traditional Japanese houses that people actually still live in.

There’s rivers and streams running around downtown with old wooden bridges built over top of them.

There are literally parts of town that, if it weren’t for the cars and telephone wires, you’d swear you’d just stepped back into the Edo Period. For people interested in Japanese history, Kanazawa packs a pretty serious punch- there’s a castle, a garden (one of the top 3 in all of Japan), a Geisha district, a Ninja temple (serious), and a number of shrines and teahouses.

At just shy of half a million people, the city is spread out enough that it doesn’t feel as claustrophobic as somewhere like Tokyo or Osaka.

At the same time, it’s not nearly as spread out as some of these tragic, sprawling North American suburbs. Kanazawa is a nice size, and if you have a bicycle (and there’s no reason why you shouldn’t), you can get pretty much anywhere you need to go.

Another huge pro is that it has an extremely lively downtown that, although physically not that spacious, has a lot packed into it, with plenty of bars and restaurants.

It’s also worth pointing out that in 2015 they finally finished construction of the Hokuriku Shinkansen (bullet train). Tokyo is now directly two and a half hours away, which means more tourism, more development and more entertainment.

The last thing I think Kanazawa should get props for is location. You get an extremely beautiful, cultured and lively city, while at the same time having the benefits of being a quick drive from the Japanese countryside. Two of the three “holy mountains” of Japan, Tateyama and Hakusan, are nearby. You’re also 20 minutes from the ocean, and while the actual beaches are not the best, the coastline is stunning.

The only drawback of Kanazawa is the weather. While I can’t confirm these statistics, I’ve been told that it gets something ike three times the amount of annual rainfall as Seattle, and that Kanazawa has the distinction of being the rainiest non-tropical city on earth.

Having lived there for three years, that would not shock me at all.

That said, the fact that Kanazawa is so gorgeous despite such an appalling amount of rainy days is a testament to its beauty. If you’re going to visit, your best bet would be to visit in spring and autumn. There’s a lot less rain, and both the cherry blossoms and fall leaves are absolutely stunning. August is also awesome once the rainy season is over and the festivals are in full swing.